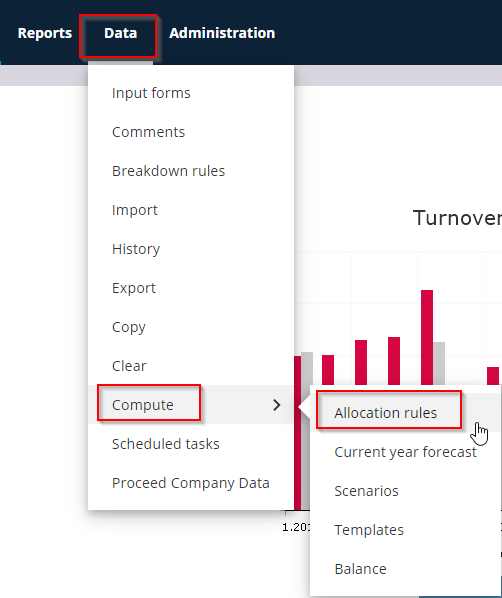 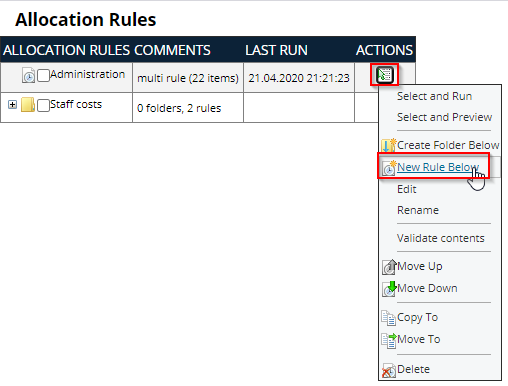 After that, the settings of the new allocation rule are defined.