By default, it is possible to enter values for the budget or forecast input form on an annual basis, on a monthly basis, or using both. Breakdown rules determine how the value entered on an annual basis is distributed over the months.

When a value is entered on an annual basis, it is either

Input form breakdown rules can be added or edited by following these steps:

2. In the input form, select the row or account by activating the cell in the year column

3. In the toolbar, select Break Rules and below it, 'Edit split rule for Selected Cell' 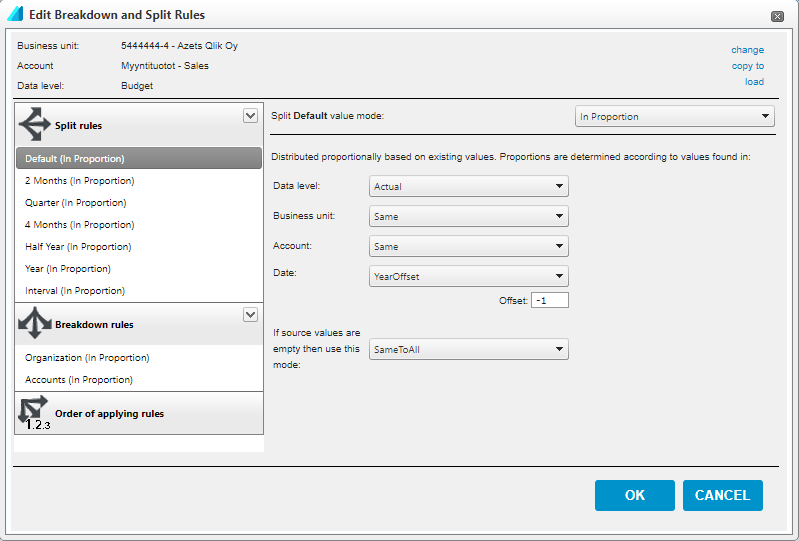 At the top of the window, you can see which business unit, account, and data level is affected by that sharing rule. This can be edited with the 'change' button on the top right corner.

If the same breakdown rule is wished to be used on all lines and at all organizational levels in the budget input form, the 'change' button can be used to select all companies as the business unit and all balance sheet and profit and loss accounts as the accounts.

Even distribution over all months

The even distribution of the values entered on an annual basis is done with the breakdown rule SameToAll. 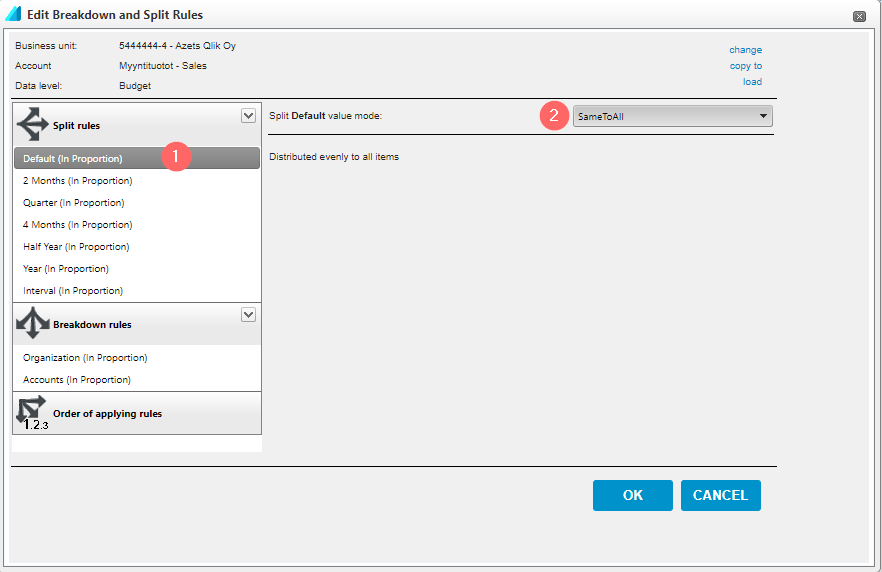 Relative distribution based on the previous year´s actuals

If you want the values to be distributed over the months in a ratio other than even distribution, use the division rule 'In Proportion'. 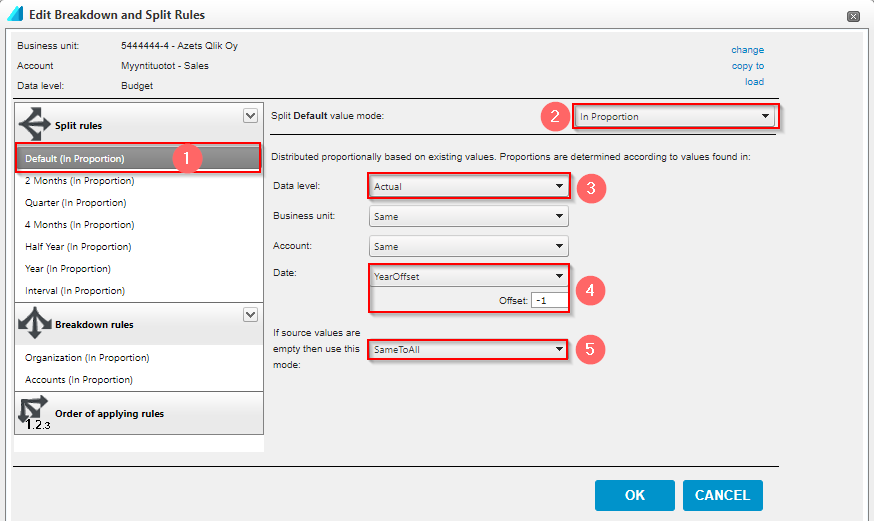 Directing all values for the first month

If all the values entered on an annual basis are to be directed for the first month of the financial year, the breakdown rule 'AllToFirst' should be used. 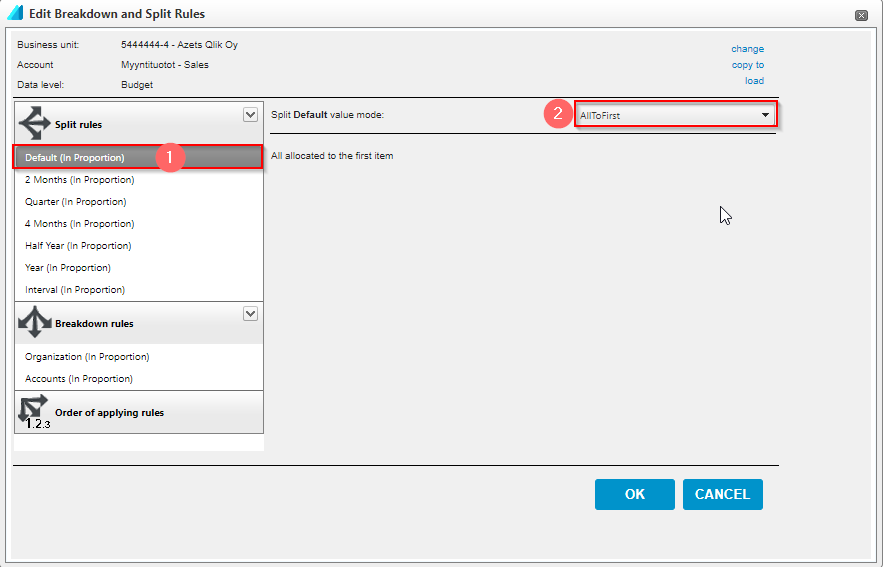